I’ve been evicted seven times in my life.

The middle-aged man before me is calm, well spoken, courteous, and warm. He wears a baseball cap and a neat jacket; his language is formal and old-fashioned – almost courtly. The story that unfolds between us over the next forty minutes is about loss. It’s about mental illness. It’s about the gossamer threads that have held his life together for the last 14 years, and it’s about his experience of our broken social system for the 20-year period before that.  At first, all was well.

I transferred to Cornell University in Ithaca, New York. It’s a very good school, and I graduated with a bachelor of science degree in electrical engineering. I was on the Dean’s list. And I stayed for my masters, and two years later I got a masters of engineering.

Until he reached the age of 25, Keith was on what seemed to be a path toward a fine upper-middle-class life. He held an advanced degree in a high-paying field with plenty of jobs to choose from, and that should have led to what we think of as success. Instead, Keith was fired from job after job (five times in all) as he gradually gave way to his illness. Back and forth he went, from New York to Silicon Valley to New York to Boston to New York to Seattle to New York. Sometimes he was able to work and even deliver a quality performance, but that never lasted.

I went on disability. I was hospitalized for the first time at a psychiatric hospital. They prescribed medication, but I refused to take it. And then I was discharged, and I was homeless in Manhattan, in New York City. I slept in churches and synagogues; they would bus people – homeless people – to churches and synagogues where we would spend the night . . . it’s very bad, mental illness.

When Keith first came to Seattle in 1994, he was unable to find any place to sleep. He spent a couple of nights on a sidewalk and then more nights crowded into one of our city’s homeless shelters. Another trip back east and more struggle there led him back here for good, finally, in 2001. I ask him if he was on medication then.

Yes. The problem with this medication when it first came out was that it cost about $300 for a prescription. And my income was $900. And that was a problem. I would just stop . . . they didn’t have Medicare Part D, which is for prescriptions. So you had to pay for that medication.

So this is one slender thread on which Keith’s carefully balanced life now hangs: the federal program known as Medicare Part D. Another thread is the place he calls home: the Colwell Building on South Lake Union. It’s one of the properties owned and managed by Plymouth Housing Group, a local nonprofit that grew out of a congregation’s long-ago determination to do something about homelessness in Seattle. I listen to Keith describe how he happened to become a resident there with a sense of wonder, because I was once a member of that congregation. It’s as if a note I wrote anonymously years ago has been handed back to me by a kind stranger.

I came back to Seattle in 2001, and I was living in the shelter again. But this time housing came through because people at Harborview Hospital helped me. There was a woman in charge of housing, and she made a phone call for me to the manager of the building where I was on a waiting list. And the manager told me to come. And he gave me the keys.

What a moment that must have been. I ask him to tell me about the woman.

She helped me; I don’t know her name. She asked me if I was homeless, and I said yes, and that I was on a waiting list for Plymouth Housing. I asked her, “Can you call the manager of this building?” And I’ve lived here for 14 years now. 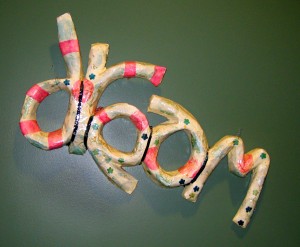 The second wisp that holds Keith’s world in place, then, is the existence of subsidized, functional, well-managed, low-income housing.  Keith lives safely and happily in a one-room apartment there; he described it as about the size of the conference room where we were talking, maybe 15’ x 15’. It’s secure, clean, warm, and home.

So those are two strands in the fragile net that sustains Keith: Medicare Part D. Plymouth Housing Group.

Another strand is of course Harborview Medical Center itself, in particular its Mental Health Services . . . the name sounds clinical, but Keith’s experience of it has nothing to do with imposing structures and forbidding, judgmental professionals.

I’ve connected with Harborview and it became my community. Harborview is a campus, and when I’m on it I feel like I’m on a campus, and it’s a good feeling. I volunteer in the computer lab, and I assist other patients . . . I don’t get paid for what I do.

Keith describes the range of services Harborview provides for him: he has a case manager, a primary care doctor, a psychiatrist, and a cognitive behavioral therapist. As it happens, it was also someone at the Harborview Mental Health Services who suggested to him that he might want to join the Recovery Café. The Café has become the fourth slender thread of support in Keith’s life.

One of the bad things about being mentally ill is if you isolate. You’re by yourself and you’re not connected to a community. It can make your symptoms worse. They can get worse . . . but if you’re active in a social situation, it helps you.

Keith likes to come to the Café just to sit and enjoy the warmth of the beautiful rooms. There is wonderful food, of course, and conversation. There was a meditation class that he found helpful. There are chances to help out by stacking chairs and cleaning up. But he wants to tell me, in his careful, gentle voice, about the most important thing. The words on the walls. He’s talking about the colorfully sculpted words that hang scattered on the walls all around the main floor of the Café; they are both art and message. This is how Keith tells what they mean to him:

So, when they say Love, Forgiveness . . . I’m being forgiven for what happened when I was five. Everybody blamed me for killing my sister. My parents. That explains why I’m mentally ill, 55 years later. You know? I’ve been diagnosed with schizophrenia, and when you go read about that, they talk about childhood tragedies. The talk about it starting at the age of 25, the first symptoms.

And anyway that’s why when I’m in the Recovery Café, those words – Love, Forgiveness, Faith, Grow, Dream – they all make sense to me. I think they put those writings there for me.