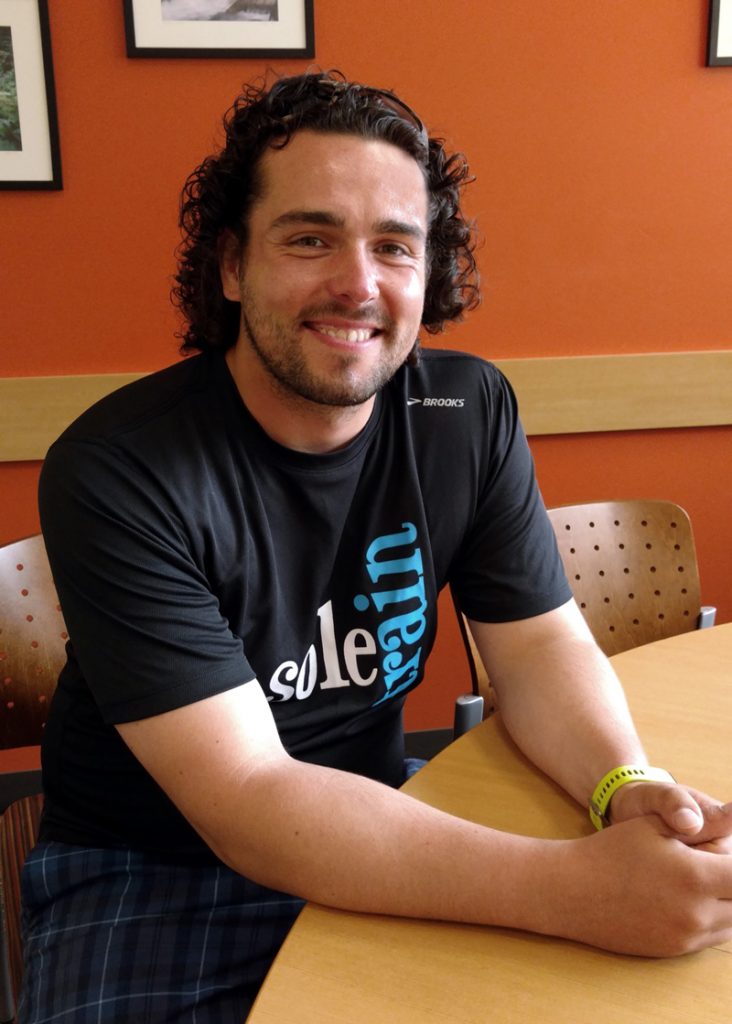 James came to Recovery Café by way of Veteran’s Court. His probation officer told him about the Café, but he avoided visiting for a few weeks. He arrived in September 2016 battling a meth addiction. Although he liked the Café, he struggled in the first few months and relapsed by December. However on January 1st, he renewed his commitment to sobriety, returned to the Café, and asked to become a Member again. “That’s when my life started to change”, James said. He said participating in the Barista training and making coffee at the Café helped change things around.

“Coffee is what got me out of my shell. People ask you questions, and you’re not sitting in a corner. You’re in the middle of the room. I didn’t have to start a conversation, there were other people behind the café bar and you have a reason to talk to somebody. I still don’t start conversations very much, but I’m more open to conversation now.”

James started being honest in his Recovery Circle, interacting more with staff and asking for help. The social aspect of being at the Café was a major change after being homeless and alone a year prior.

“Going from being homeless and alone to a place where others are in the same boat, there’s hope. There must be something here that makes them come back”

James said that he experienced phases of intensity while being in recovery. The last phase was his experience with Sole Train and Couch to 5K. James gained a lot of weight while using and before joining Sole Train, James’ doctor told him that he needed to figure out how to get healthier.

“When I heard about Couch to 5K and they were starting with 20 second runs, I thought, c’mon I can run for 20 seconds. I’ve lost over 10 pounds since starting and lowered my blood pressure”

A consistent theme of James’s recovery story is the importance of reaching out, speaking up, and giving back.

Reaching out wasn’t something James was used to. In fact, when he was out of court compliance, he was required to write an essay about the importance of reaching out. This forced him to reflect on the healing power of reaching out, especially when witnessing friends and others using.

“Speak up and reach out. That’s the key. The secrets are what hold you back. They set yourself up to fall back into [addiction]. It’s the hardest thing to do, but when you do, you feel the relief”

“I had to enforce boundaries with others. Whether they were in recovery or not – I had to stand up for myself when people do things that are inappropriate. When things didn’t jive with my values, I had to speak out. I’m sober. I don’t have the hypocritical guilt when speaking out to others. It was a growing experience and a good decision.”

He felt frustrated before coming to the Café, wrestling with the decision of whether to go back to school or get a job. In his Recovery Circle, he was asked to identify a goal and a means to achieve it. This motivated him to finally decide on a goal and search for something he wanted to do. James shares that giving back at the Café gives him purpose.

“I like being here. It is a healthy and safe place to be. I like being a part of something bigger than myself. There are not many requirements to be at the Café, which makes it easier to do more. I have been given a lot here on so many levels – my mind and heart have shifted. I love giving back and I love being here. This is a place where you are needed. It is nice to pitch in.”

He eventually settled on going back to school, which he will begin shortly at Bellevue College studying Criminal Justice. James is also a Recovery Circle Facilitator and able to help others on their road to recovery.

James says the best part about being in recovery is being able to think – about anything – and having a choice on what to do about what he’s thinking about.